Xiaomi unveiled a set of new products, including an update to its MIUI user interface, a connected speaker and a smartphone.While the company said MIUI is used across 142 countries in 55 languages, at launch MIUI 9 is squarely targeted at its home market of China.Updates trumpeted include dynamic resource allocation, to prioritise system resource access for apps based on use; on-device image search based on people, location, expression, events and more; a smart app launcher, based on screen content; and accelerated start-up for apps.Also showcased at the event was Xiaomi’s Smart Assistant, which it described as “an easy way to find almost anything – from photos to text and much more”. 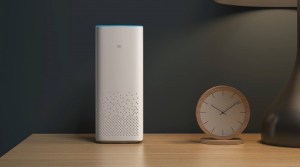 Xiaomi joined the smart speaker set – alongside players such as Alibaba, Amazon, Apple, Google and Samsung – with its Mi AI speaker.Priced at CNY299 ($44), it comes in cheaper than rival products (the Alibaba device is currently discounted to CNY499), with the company touting availability of add-ons and plug-ins to improve its functionality.On the smartphone front, Mi 5X has a 5.5-inch display, full metal unibody, and dual camera as used in its Mi 6 flagship (12MP wide angle plus 12MP telephoto). Powered by a Qualcomm Snapdragon 625 processor, it has 4GB of RAM and 64GB of storage and will be “one of the first” products including MIUI 9.Mi 5X is priced at CNY1,499. AddThis Sharing ButtonsShare to LinkedInLinkedInLinkedInShare to TwitterTwitterTwitterShare to FacebookFacebookFacebookShare to MoreAddThisMore 26 JUL 2017 Related Devices Steve Costello Xiaomi off the hook in the US